The New York Mets have concluded their search for a General Manager hiring agent Brodie Van Wagenen. Van Wagenen has represented Mets players such as Todd Frazier, Yoenis Cespedes, & Jacob deGrom. However, this move has experts and players concerned about the Mets moving forward. I give my thoughts on this decision from the Wilpon’s influence to the Van Wagenen’s role in the Mets front office. You won’t want to miss this one!

Yo? Yo? Where are you Yo? This has been the question on a lot of Mets fans minds as the team’s star slugger has fallen off the map since he went on the disabled list on May 13th. True, there is no question this lineup sorely misses the slugger’s big bat in the lineup as the injury coincides with the beginning of the Mets plummet down the standings. Despite the need in their lineup, New York has said that Cespedes isn’t close to returning as the star left fielder is back on the disabled list with a lower body injury. With the wear and tear on Cespedes in left field along with a chronic heel problem there could be a solution on the horizon that will hopefully keep the Mets slugger on the field.

A chronic heel issue and lower body issues have limited Cespedes to 118 games over the past two seasons.

According to the New York Daily News Cespedes has been taking ground balls at first base during his rehab in Port St. Lucie and the organization has hinted it is looking to move the slugger to first base to eliminate the wear and tear playing in the outfield. Physically speaking this makes a lot of sense for a player that has only played in 118 games over the past two seasons and at the age of 32 already has a chronic heel problem coupled with multiple lower body injuries. Let’s not forget the Mets have already tried to do this with Jay Bruce, but in training camp the Bruce reportedly balked at the move to first.

Unlike Bruce it has been reported that Cespedes is open to the change to first and given that the Mets don’t have an immediate solution at first base the timing is perfect. Dominic Smith has been a massive disappointment since his call up as a highly touted prospect. As of July 12th he has one RBI this season. Just one.

Many fans have been clamoring for the team’s second rated prospect on MLB Pipeline Peter Alonso to be called up to Flushing, but despite a fast start Alonso has cooled off considerably. Even if he finishes strong, multiple reports are that the Mets have no interest in calling him up this year.

Let’s not forget that Cespedes is going to have to play. He’s still owed over $58 Million over the final two years of his contract after this season. Plus, it would benefit the Mets because of the log jam of outfielders. Brandon Nimmo has played like an All Star this season but even though he has the flexibility to play center, he’s better suited for a corner spot. Not to mention Michael Conforto who the Mets hope will regain his former All Star form and Jay Bruce who is still under contract for an additional two years. With all these outfielders on the roster and the need for the team to find a true center fielder in the offseason, moving Cespedes helps alleviate the corner outfield spots. 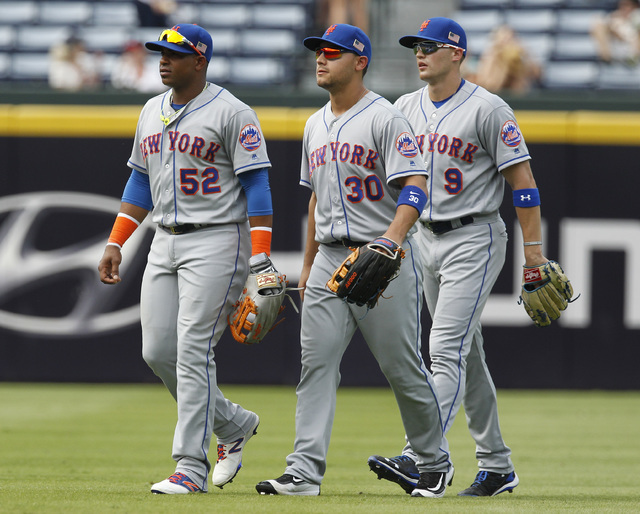 A move to first opens up the corner spots for Nimmo, Conforto, & Bruce.

At this point Cespedes is a below average outfield defender and is a pure slugger. With first base open the Mets could move him there to try to get him to play over 130 games next season. He may be the most valuable player to their lineup in baseball because without him, the Mets offense has been putrid and statistically one of the worst in baseball. This also allows the Mets to continue to develop Alonso in the minors until he is ready to take over or grow his trade value if the Mets need a chip in a future trade.

The next month will undoubtedly be used to decide the roster makeup of the New York Mets going forward, but the final months of the season should be used to develop Yoenis Cespedes into the 2019 first baseman. A move that not only give the team flexibility in the outfield while filling a need at first base, but most importantly a move that will hopefully allow Cespedes to stay on the field.

Why are the Mets really trading Jacob deGrom? On the surface it seems crystal clear the Metropolitans are trying to reload their minor league system and get the most return on deGrom when his value is peaking.

However, there is an underlying reason why the Mets are looking to move deGrom and it’s broken down on the podcast with which chips the Mets should look to move instead. In my opinion, moving deGrom would be foolish by the front office when they can get some mid range players with current roster members.

Who should the Mets trade? What’s the reason deGrom will likely get traded that no one is talking about? Check it out on the latest podcast below.

The 2018 New York Mets cannot catch a break. When their pitching is lights out, the offense can’t buy a hit. Vice versa when the Mets offensive has has momentary spurts in this campaign it has been promptly followed by poor starts or bullpen implosions. To top it off the injury plague that has lingered around Flushing in recent years has claimed most of the team’s top talent including most recently Noah Syndergaard.

With the Mets trading the former superhero of Gotham in Matt Harvey to Cincinnati, the Mets rotation after Jacob deGrom has been more abysmal then Labor Day traffic. With all of the problems the Mets have had in the rotation the team could use an inning eater in the rotation and they could look into bringing back a fan favorite to a demoralized fan base. The New York Mets should trade for Bartolo “Big Sexy” Colon. 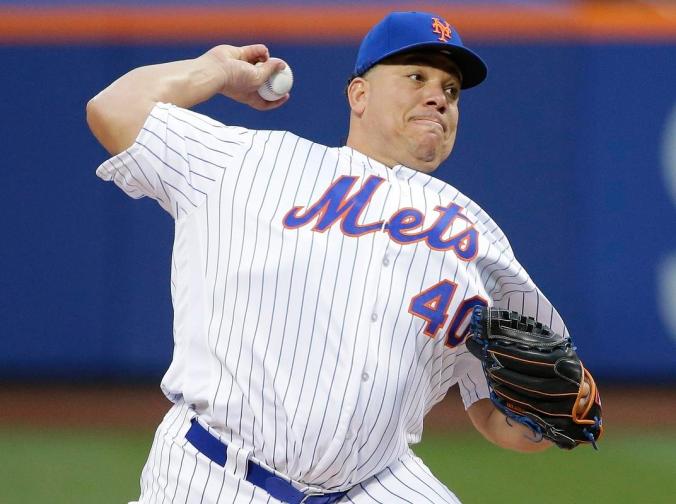 Colon was productive in his three seasons with the Mets going 44-34 and helping the team reach the World Series (AP Photo/Frank Franklin II, File)

On the surface it shouldn’t be too difficult. The Rangers are off the a abysmal start and have Colon on a reasonable one year $ 1.75 Million deal. Colon would benefit from pitching in the National league again and more importantly save a bullpen that has been overworked in the beginning of this season. With five of his nine starts for the Rangers going over seven innings, Colon is perfect for the backend of this Mets rotation that has been plagued by short starts all season.

Colon would be an immediate improvement behind deGrom and Syndeergaard. Take a look at how Colon compares the the Mets three through five starters in the rotation.

Colon has more starts over seven innings then these three combined while also having over 13 additional innings pitched to the next closest state. On top of that, he would own the best WHIP on the team and be tied has a far better ERA then both Wheeler and Vargas. 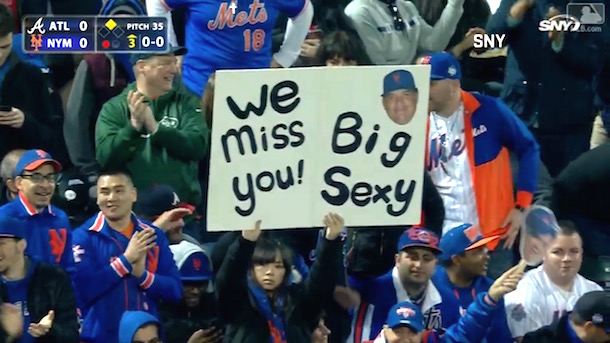 The Mets would be bringing back not only a player that has a proven track record in New York, but a fan favorite

Even though the Mets probably would not move Vargas to the bullpen given the massive contract he signed in the offseason, the Mets could try to turn Wheeler into a reliever which could push his 94.77 fastball average a few ticks higher being in a shorter role. The team tried this with Harvey, but Wheeler could benefit from shorter appearances in games and it has helped both Gsellman and Lugo become key pieces of the Mets bullpen.

Seeing what the ageless wonder is doing in the American League and what would be a low asking price, it makes sense for the Mets bring back Bartolo Colon and put him in the backend of the rotation. In a perfect world, if the Mets have five healthy starters Colon has proven that he can be a versatile reliever out of the pen if the Mets can get Wheeler, Matz, and Vargas healthy and pitching up to their potential.

In the short-term though, Colon instantly improves the back end of the rotation, but also has handled the pressure in the Big Apple and who would be a great influence in the locker room.

With the current state of the Mets rotation, it only makes sense for New York to bring Big Sexy back.