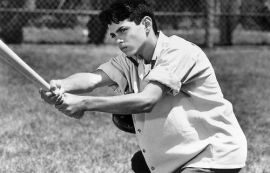 “Heroes get remembered, but legends never die”. These were the words that Benjamin Rodriguez lived by growing up. A simple yet powerful phrase that constantly reminded him that he could always be better.

Growing up in the San Fernando valley just outside of Los Angeles, Rodriguez didn’t play but lived the game baseball. With a Dodgers cap atop his head Rodriguez spent as much time as he could on the diamond. From sun up to sun down, if you wanted to find Benny just go to the ball field. His longtime friend Scott Smalls described Rodriguez’s obsession in an interview saying “Benny would have played ball day, night, rain, shine, tidal wave, whatever. Baseball was the only thing he cared about”.

After finishing high school as one of the top prospects in the nation, Rodriguez was drafted by his favorite team, the Los Angeles Dodgers, in the second round. It didn’t take long for Rodriguez to impress to Dodgers brass. Tommy Lasorda recalls the first time he saw Rodriguez on the field. “We were playing a inter-squad game in Vero Beach that spring and I remember Rodriguez lacing a single and then preceding to steal second and third. Then I saw the lead he was getting off of third and thought there’s no way he’s crazy enough to steal home. When he swiped home I just looked  at my staff and their mouths were on the floor. After that day I knew we had a star in the making”.

By the age of 20, Rodriguez was hitting leadoff for the Dodgers and leaving his mark on baseball history. When he was 22, Rodriguez earned his nickname, Benny the Jet, by setting the Major League record for stealing home 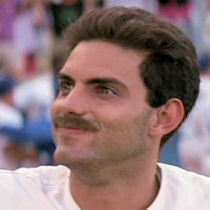 in a season. That year Rodriguez swiped home a record seven times, while hitting .355, and stealing a total of 71 bases. With Rodriguez’s unique 5 tool set, he helped the Dodgers win two World Series Championships, became a three-time MVP, and 11 time all-star. Sadly, “The Jet” was grounded before he reached pinnacle.

In pursuit of Ty Cobb’s infamous 54 home steals, Rodriguez was just two away from tying the record when he tried for number 53. This time as he slid toward home plate his right knee would connect with the catchers shin guard, his knee buckled. From that day forward Rodriguez never made a full recovery and never stole home again. Being only 31 at the time, it was only a matter of time until Rodriguez would have broken Cobb’s record.

Despite the injury Rodriguez would play for three more seasons. With his range crippled, the Dodgers moved him to first base where for two seasons he belted 45 home runs and hit for a .300 average. Despite this, the declining Rodriguez seemed destined to be moved to the American League to be the DH for the remainder of his career. However, Rodriguez wanting to only play for the Dodgers and realizing how far his skills had declined abruptly retired at 34. When he retired he had 1,301 stolen bases, 52 of which were home,with  a career batting average of .317, and 396 home runs.

Retirement was tough on Rodriguez because for the first time in his life he wasn’t playing. “At first I just couldn’t handle it. I was in a dark place for a while without baseball. I tried to separate my self from the game, but I was depressed. Heck, Smalls even tried to get me in the booth, but that just wasn’t for me”.

After years of internal turmoil, baseball brought Benny back. After being given the manager’s job for the Las Vegas 51s, the Dodgers former Triple A team, Rodriguez realized that he had found what he was supposed to do. “I realized that I could make a difference in young players lives and loved the challenge”. Now the hitting coach with the Dodgers Rodriguez’s latest triumph is the Dodger’s latest phenom, Yasiel Puig. “It’s easy working with him, I’ve never seen a player with so much talent and a love for the game. It’s easy to work with someone who loves the game so much, and he reminds me of myself when I was playing”. When asked about the possibility of leaving for a managerial job Rodriguez replied “I’d never leave this organization. I was born a Dodger, I’ll die a Dodger”.

Benny the Jet will always have his place in Dodger history and in Cooperstown. One thing is for certain, this is one legend that will never die.

5 thoughts on “Where are they now? Benny “The Jet” Rodriguez”