With training camp closing in the Jets still have many holes on this roster. Luckily here are five free agents still available who can help them for 2013. 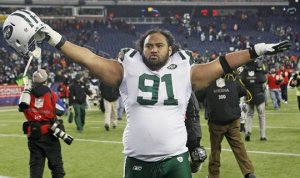 The Jets defensive could use this veteran

While the Jets did release Pouha earlier this year, the fact that he is still available should make the Jets bring him back. If the Jets could bring him back at minimum value, this could be a great signing. While Pouha does bring with him health concerns from last season, when healthy he is one of the NFL’s best run stuffers. With the Jets failing to address the nose tackle position and with a lack of depth after Sheldon Richardson, if the price is right the Jets should take this risk.

The Jets need help at TE

While hey may be old, Dallas Clark can catch a football. With the Jets receivers struggling to catch balls, and a depletion at tight end, Clark could be a versatile piece in the west coast offense. While he may not be an every down tight end at this stage in his career, he could be used in passing situations. Cumberland and Winslow aren’t exactly sure bets at tight end, so why not bring in a veteran who can also help the development of the young Jets quarterbacks. 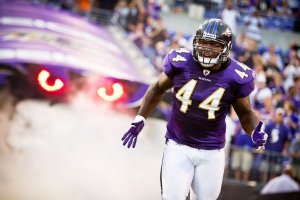 Leach could bring some pound back to ground and pound

Ok what do the Jets do when they have the ball? Ground and pound! Ever since Tony Richardson retired the Jets have had a gaping hole in their rushing attack without a capable fullback. With the Super Bowl Champions releasing arguably the best fullback in the NFL, I’m shocked the Jets haven’t made an offer to Leach. A three-time pro bowler and all pro, Leach has helped Ray Rice become one of the most dangerous backs in the NFL. Listen the Jets QB situation is a problem, but the running game has serious potential. Why not give the running back bigger holes with Leach plowing ahead in front of them. The Jets need to ground and pound and adding Leach could help the Jets get back to number 1 in rushing in the NFL.

With the Jets desperate for receivers Edwards could provide some depth

To say that the Jets are thin a wide receiver is a gross understatement. With Santonio Holmes will probably miss the start of the season with his injury, and the rest of the receiving core can’t even catch the ball in mini camp. Outside of Jeremy Kerley the Jets have nothing in the wide receiver department that warrants a threat. Unless Stephen Hill finally lives up to his potential, which I’m skeptical about this season, the Jets have a major problem. He may have some baggage but Braylon Edwards has had his best success in green and white. A physically gifted receiver who does have his warts, Edwards would be a cheap option with a lot of upside. Edwards has chemistry with Mark Sanchez and is at a point in his career where he needs to play well or face the threat of being out of the league. Look the Jets need a receiver, so why not bring one that’s had success in green and white and that would be a cheap option.

Ok, ok I know this is a long-shot but hear me out.  I understand that the Rex Ryan and Kerry Rhodes relationship was a tumultuous one at best, but it’s time to make amends. Chocolate, flowers, whatever it takes because like it or not these two need each other. Kerry Rhodes needs a place where he can be an aggressive safety and a place to get his career back on track. Rex Ryan’s job is on the line, so why not improve his defense. At the age of 30 he’s still got plenty left in the tank and adding him to the secondary would make the Jets a top secondary in the NFL. If the Jets are going to compete in 2013 they’re going to need a top 5 defense, and unless Rhodes is added it will be much more difficult to achieve this. Do you agree? Who else should the Jets look at? Comment below.