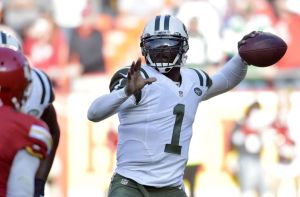 “We will make the playoffs” has been what new Buffalo Bills head coach Rex Ryan has boldly claimed this entire offseason. There’s good reason why Ryan is once again pounding his chest and spewing his usual bravado. The defensive mastermind takes over the best defensive unit statistically last season and a defense which led the NFL in sacks. With Ryan’s scheme and the Bills talent on defense Ryan should fill confident that he has a championship caliber defense.

However, Ryan forgets that you also need an offense and most specifically a quarterback. If this training camp has proven anything, the Bills have a major quarterback problem. Both Matt Cassel and E.J. Manuel have not shown good leadership and have not exactly done anything to prove they should be the starter. With Manuel’s career flirting with being a bust, the Bills need some stability at quarterback.

The answer to this problem could be Michael Vick. Why? Vick already has worked with Lesean McCoy already in Philadelphia and Ryan last year in New York. While his best playing days are behind Vick at the age of 35, he still could have some gas in the tank and would be a veteran presence in the huddle. His ability to run the read-option would also help McCoy in the running game by giving the explosive back more space to run. 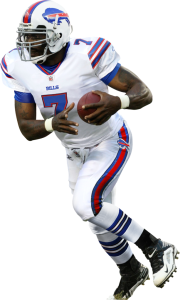 Last season it was clear that Ryan wanted to start Vick in New York but was told by the former front office to play and try to develop Geno Smith. It was obvious that Ryan felt Vick gave his team the best chance to win and in limited time with New York last year Vick proved he had some football left.

Vick at this point in his career isn’t going to carry the Bills, but he would give them a veteran quarterback whose big arm would stretch the field with Sammy Watkins and improve the running game. He might not be the best option, but he would be the best option for Buffalo. Don’t be surprised if Vick is under center for the Bills week one, especially if their current quarterbacks continue to be incumbent throughout the preseason.